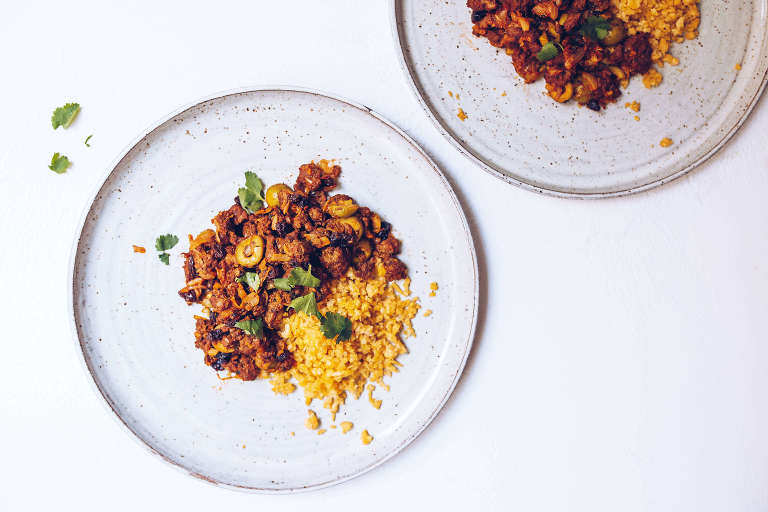 I’ve got your hash right here, guys. Puerto-rican style… and that’s what PICADILLO (peek-ah-deeyo) essentially is, but way better because it has olives and spices and raisins (if you like). It’s so easy to adapt to your own taste and dietary needs while still being the best thing you’ve ever done with ground meat except for maybe a burger, or meatballs, okay you get the point… it’s UP THERE. While it’s traditionally served with white rice, I’m shaking things up a bit with PLANTAIN RICE instead. YUP! It’s extremely easy to make, and cuts out the need to make fried plantains, because well… it’s your rice. You can also take this and throw it in a lettuce taco, an empanada, freeze it for later, stuff it in a pepper — it’s so darn flexible. Get ready to pin this one guys, it’s a total favorite of mine right now. 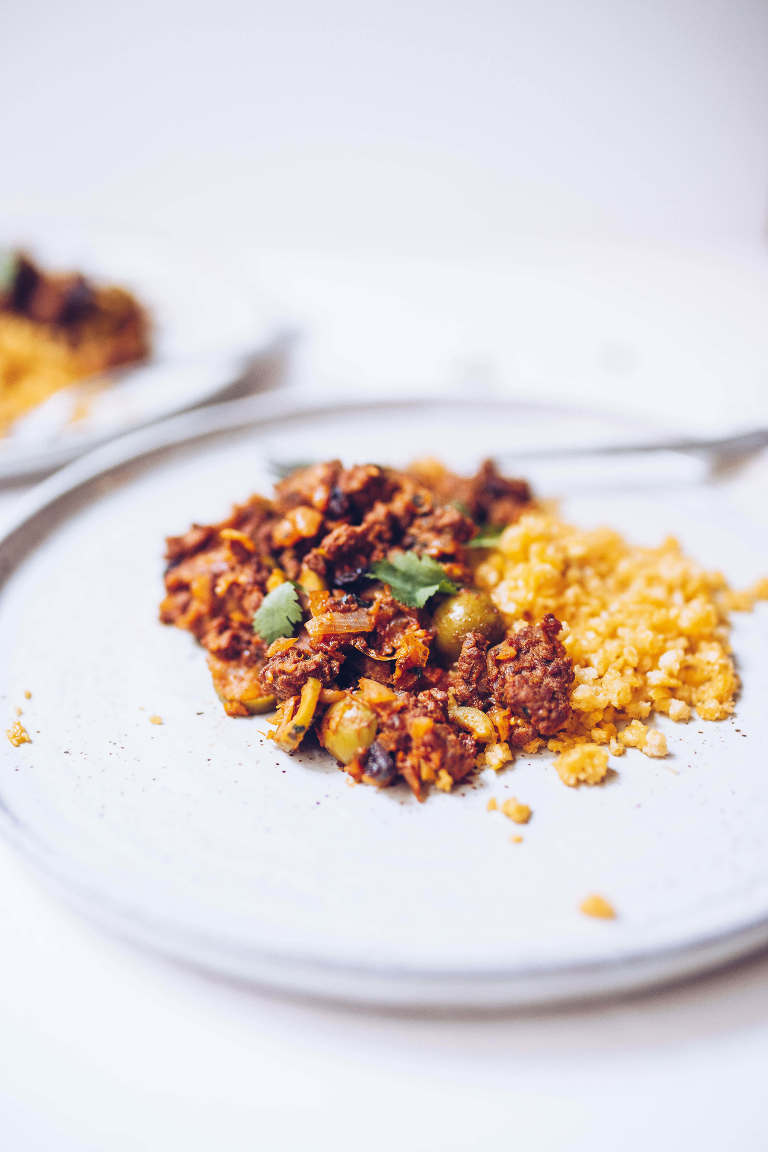 When I thought about making Picadillo with the ground Ostrich meat I had (I know, fancy fancy – it’s soooooo good), I thought about what to pair it with. I instantly thought plantains… andddd, cauliflower rice? AGAIN? No no, how crazy would it be to just make rice out of plantains?!

Well, I checked with the spiralizer/rice veggie master and saw it was not only possible but it was EASY. So I wasted no time! I have an option for you to make it with or without a spiralizer, but you’ll need a food processor either way. 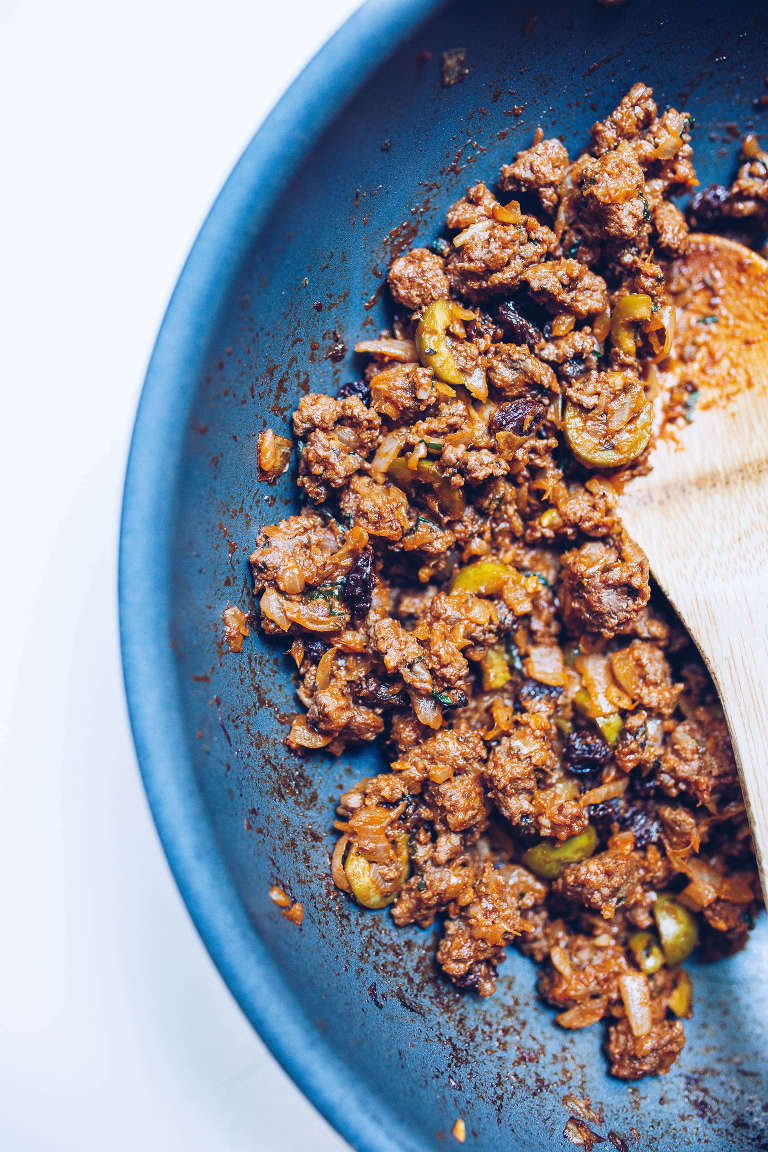 And this MEAT! It’s such a simple way to use up some ground meat. The savory olives combined with sweet raisins and spices is a party in your mouth. The tomato paste and broth make it extra rich. If tomato paste isn’t your thing… just use a bit of AIP Beet Ketchup instead or simply omit and just using the broth will be great enough. Picadillo also normally calls for peppers, but I’m a little sensitive to nightshade overload, I try to keep it to a minimum so I nixed them… but once again, since this is so flexible, feel free to add if you’d like. 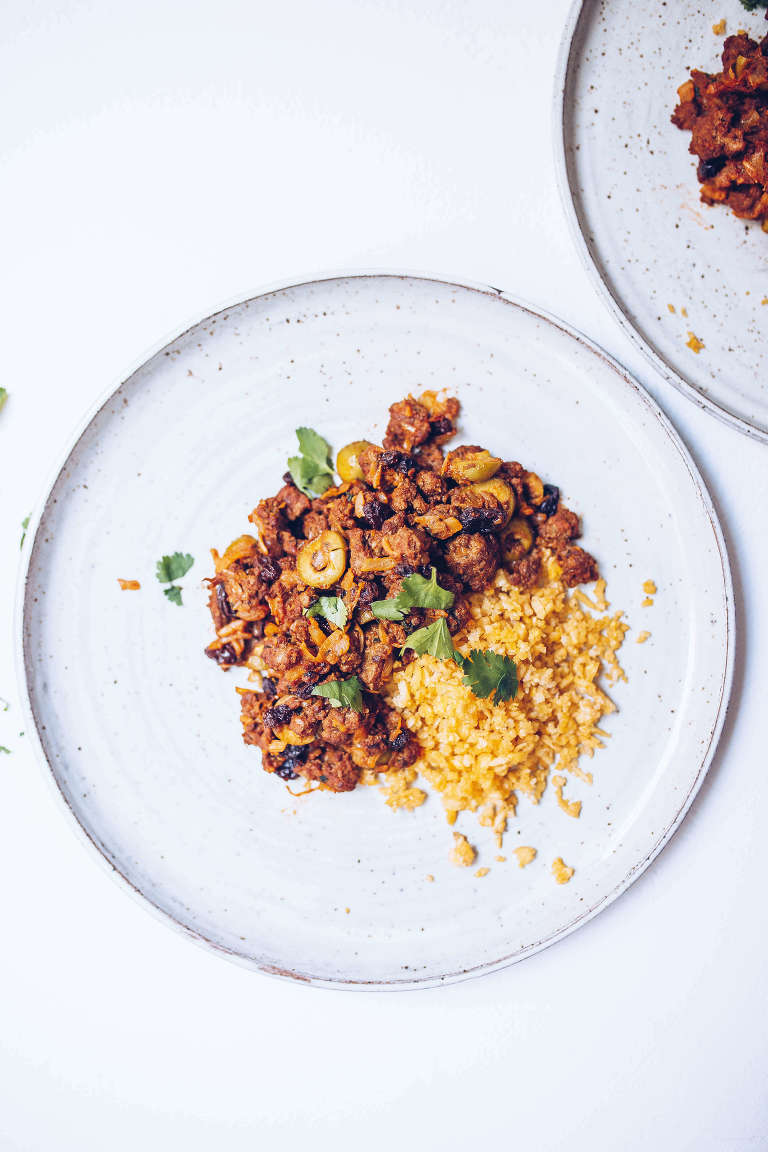 This is easy enough to be a weeknight dinner, but tasty enough to make anyone think you slaved all day for this. Provecho! XO 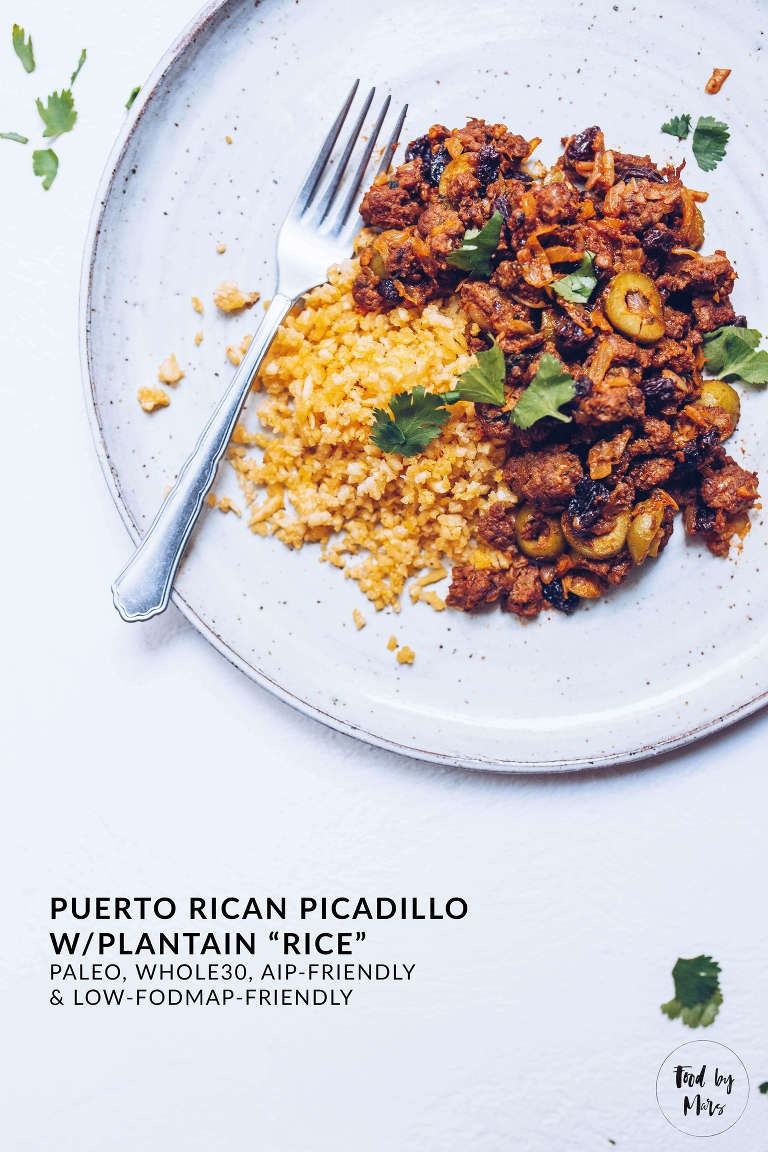 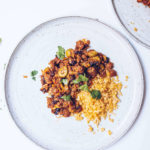 This Puerto Rican Hash is filled with delicious spices, sweet raisins and salty and briny olives making for a mega-flavorful dish! It's traditionally served over white rice, but I was in the mood for plantains... so this dish has PLANTAIN RICE instead.
Author: Alison Marras 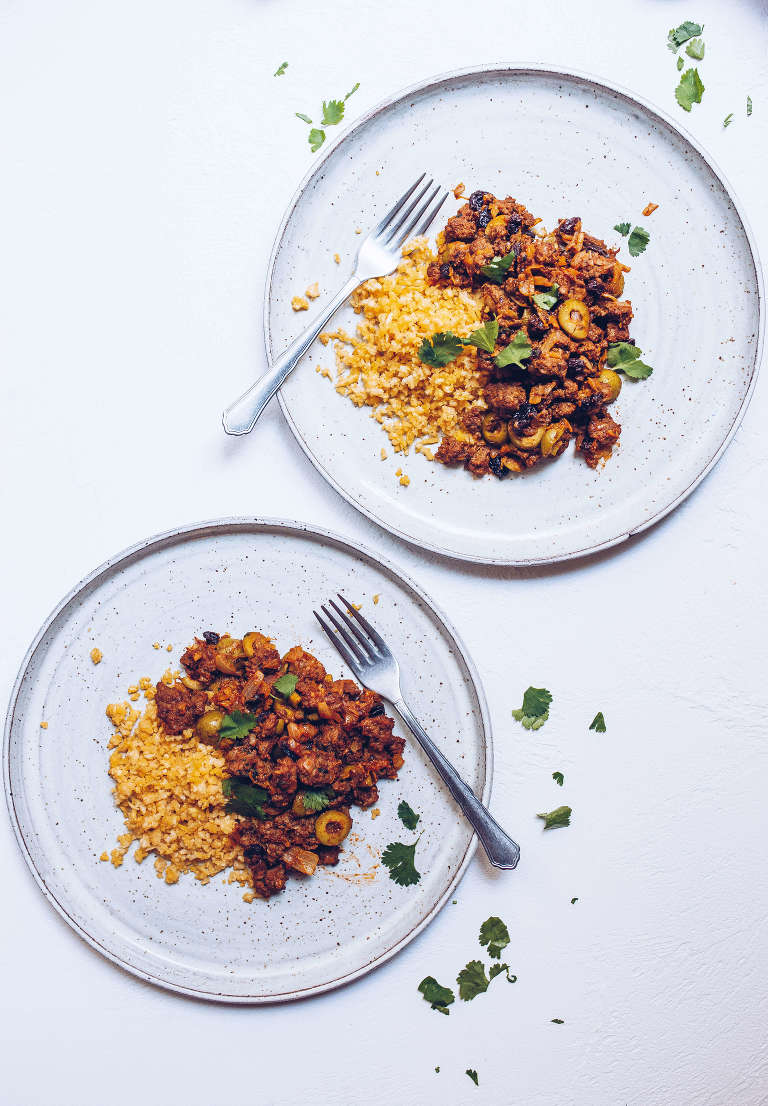