Posted in Entrées, Holidays, Paleo, Side 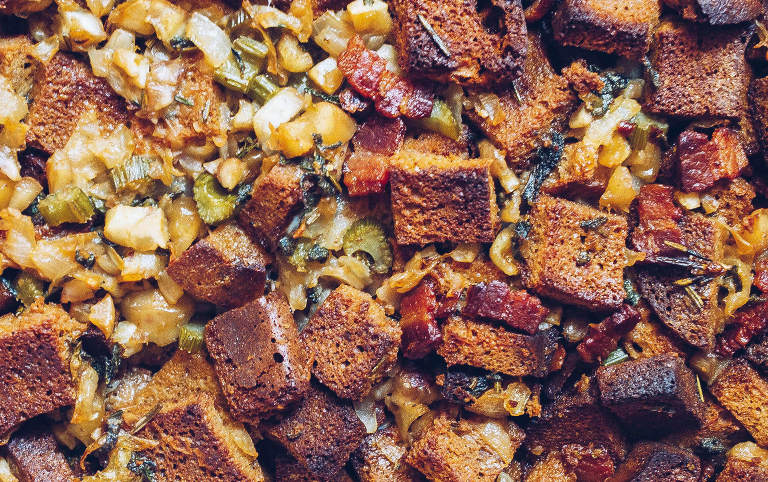 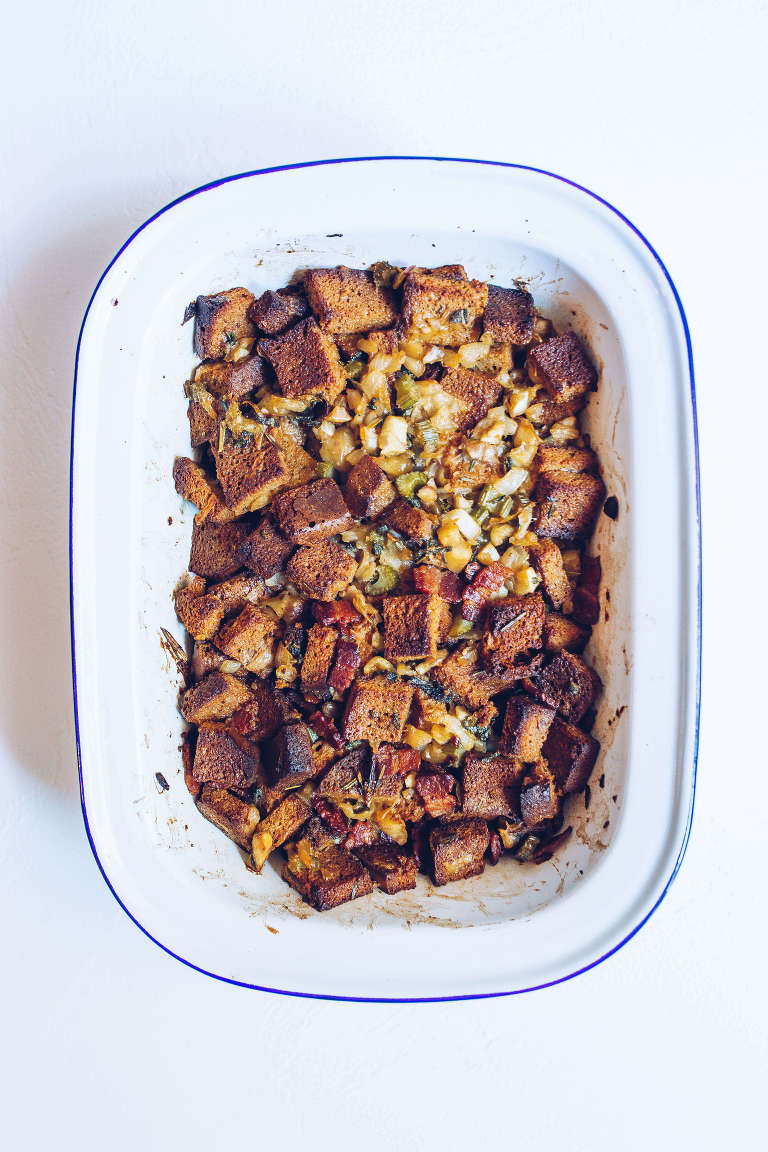 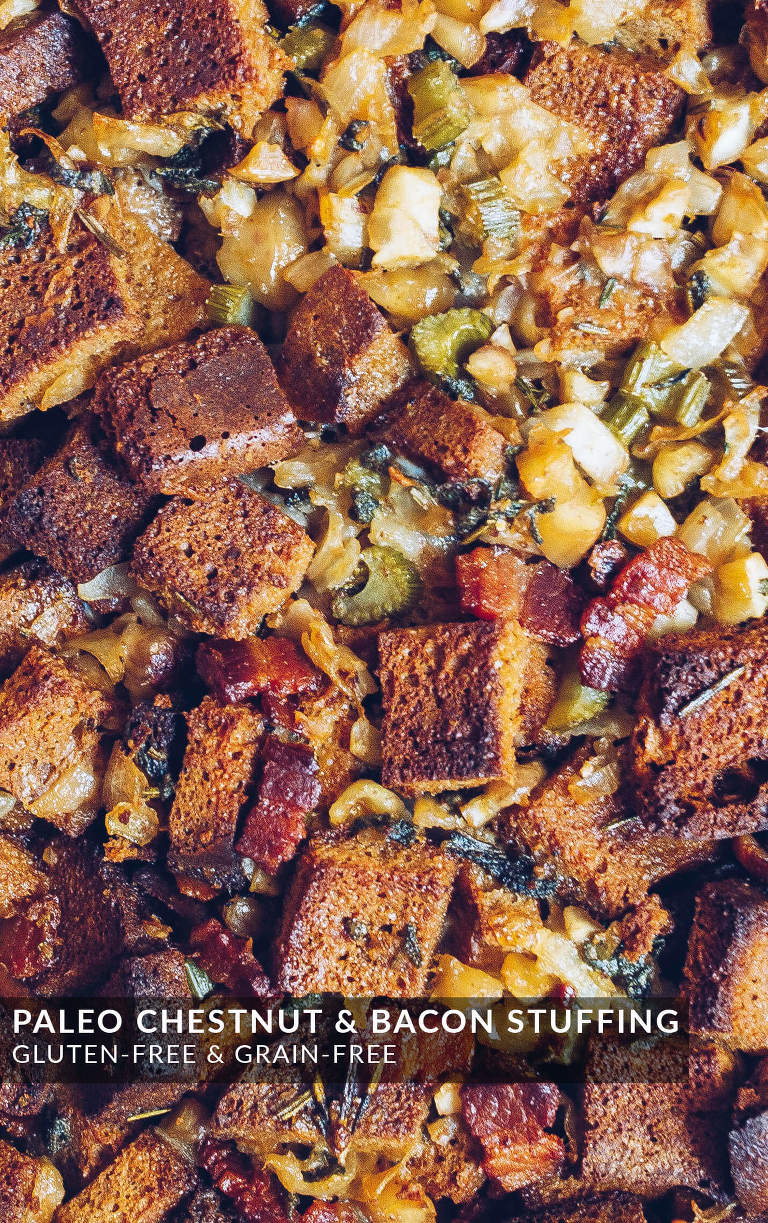 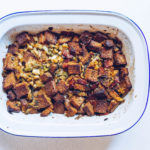 Made with paleo bread, chestnuts, veggies, herbs and BACON! This stuffing is easy and will please your crowd. 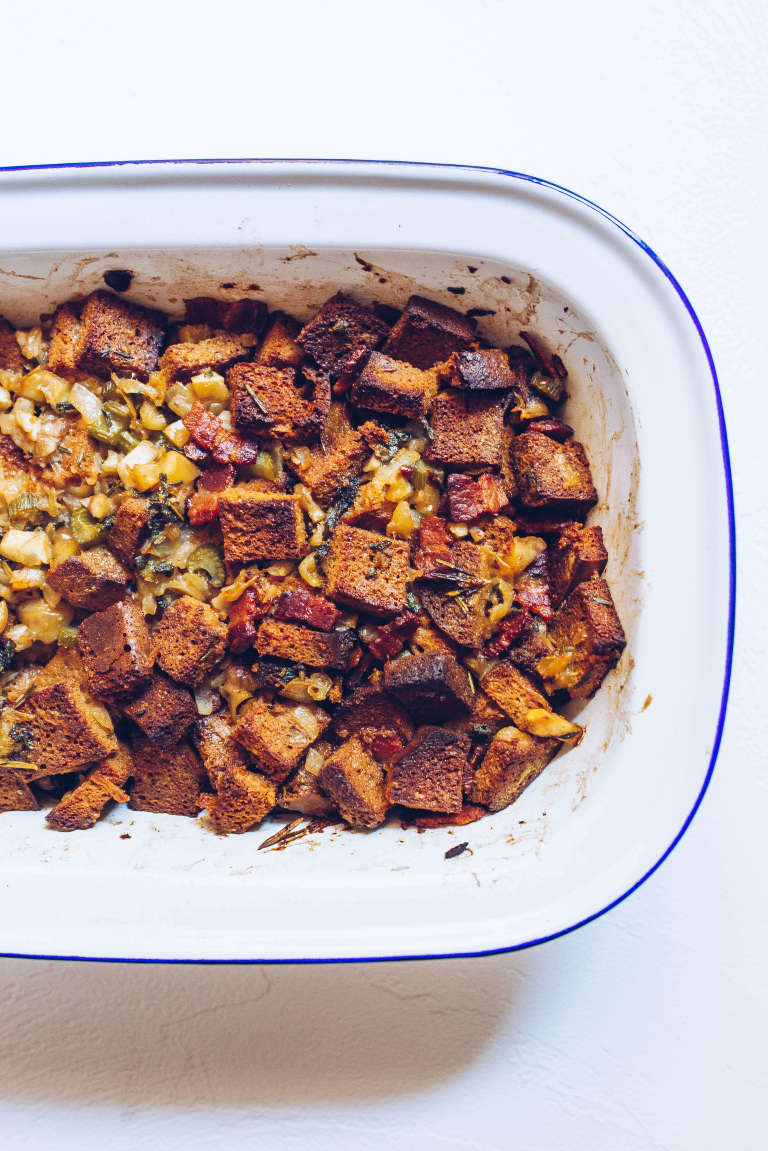